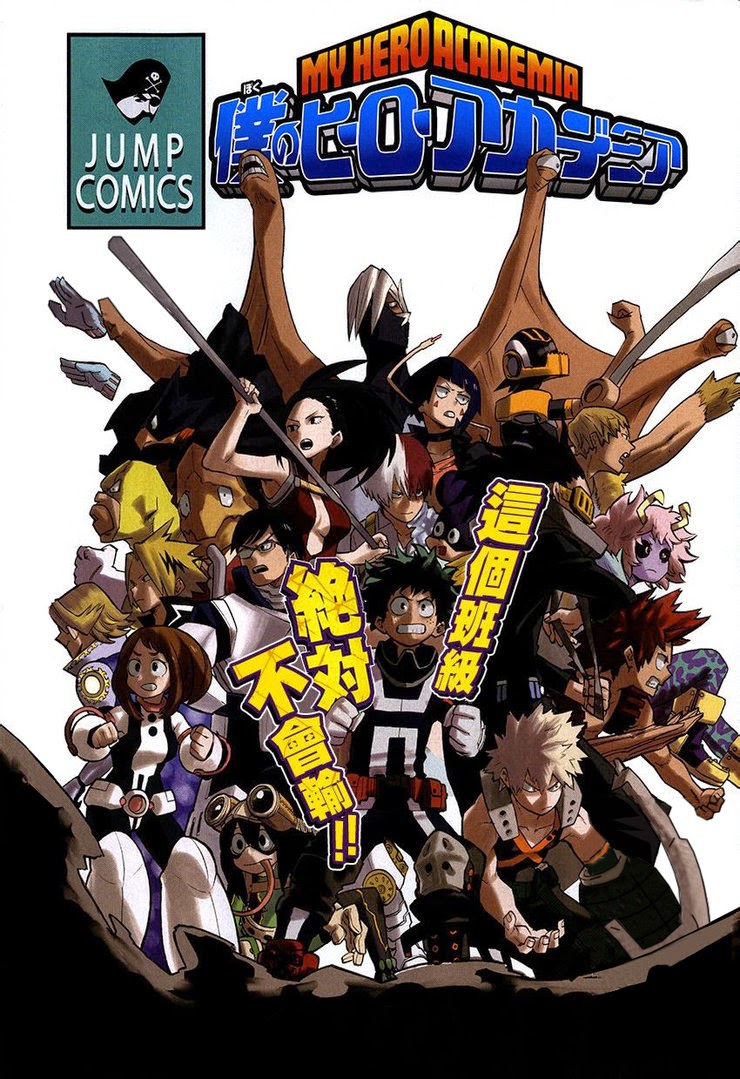 Izuku Midoriya was just a regular middle school student in a world where people with superpowers known as "Quirks" are the norm. However, he dreams of one day becoming a Hero, despite being bullied by his classmates for not having a Quirk. After being the only one to try and save his childhood friend, Katsuki, from a Villain , All Might, the world's greatest Hero, bestows upon him his own quirk, "One For All". The story follows Izuku's entrance into Yūei High School, a school that cultivates the next generation of Heroes [1]

This manga is so good. So. Damn. Good. Never expected to like this so much. It's everytime Midoriya achieves something, you just want to clap for him and give a standing ovation. Thus I was so happy to see it becoming popular and the sales are all-time high.

Kōhei Horikoshi's art is quite impressive too. In Boku no Hero, he was able to mix both Japanese and Western artstyles effectively. However it should be noted that the guy's past works didn't achieve huge commercial success like what Boku no Hero is currently enjoying (Ōmagadoki Zoo only had 5 volumes and Sensei no Bulge only got 2) and his mangas were consistently beautiful in terms of visuals. I guess that since Horikoshi has no problems in the art department, his main focus now  is for him to keep up Midoriya's adventures interesting enough to last a longer time than expected.
4 comments: