Inspired from the classic novel 1984, the Big Brother franchise had made its rounds around the globe, garnering millions of viewers and ratings. There are different "editions" over the years but the main strategy is the same: Gather different personalities in one house and observe their behavior 24/7. The audiences love it. 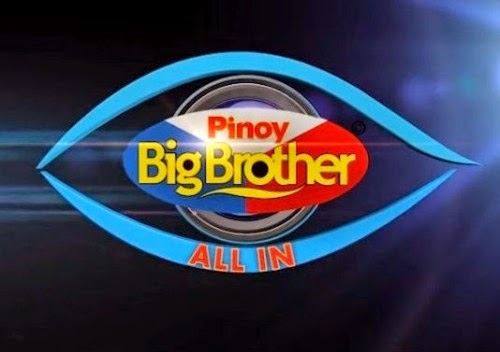 I was still in fifth grade when the Pinoy Big Brother first came to Philippine shores. It was an instant success and is followed by nine more editions of the franchise. Just yesterday, the Big Brother house opened its doors once again for another season. It's been hyped for a few months now so whenever the show would either satisfy or infuriate the viewers, the results are immediately posted online: 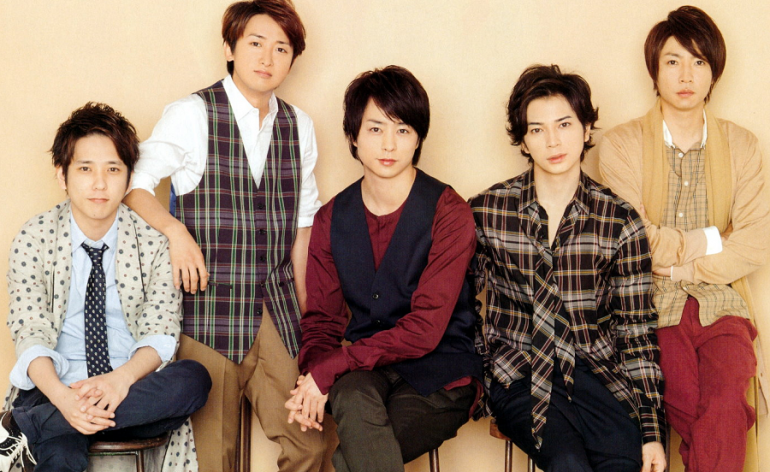 Arashi fans are now excited for Arashi's new single "GUTS!", but in a surprising turn of events, another Arashi-related news is making its way around the online community. Apparently, Meiji University is offering a course focusing on one of Japan's biggest male group to date


The prestigious Meiji University, a private institution located in Tokyo, is offering a class on the boy band, Arashi. While this marks the first time the class will be devoted to Arashi, the class itself, a study in social psychology, has been offered for twenty years. Due to students' demands for a study on sexuality, the course has also previously discussed the band SMAP. This year's course comes at a good time—Arashi is celebrating their 15th anniversary, having debuted in 1999.

According to the syllabus, the following topics will be covered:
Introduction - Arashi's Era
The Culture of Johnny's Entertainment
Before Arashi, focusing on SMAP
Changes in Arashi's PVs - Before the big break
Changes in Arashi's PVs - After the big break
A comparison of the members of Arashi
Arashi members as they appear on variety shows
Arashi in dramas
Arashi in concert
Arashi and J-Pop
Arashi and K-Pop
Johnny's Entertainment post-Arashi
Overview on the Era of Arashi
Test

This is one university course I am certain I'll definitely pass with flying colors.

Email ThisBlogThis!Share to TwitterShare to FacebookShare to Pinterest
Labels: Arashi

Bye Bye Nokia, You Shall be Remembered

A while ago, I logged into my Google Mail to do a bit of spring cleaning in my Inbox folder when a wild Nokia email appeared:

Nokia currently expects to complete the sale of its Devices & Services business to Microsoft in April 2014.


It's surreal to see one of the world's mobile giants being bought and dissolved. Though one can't blame Nokia. They are pretty much forgotten in the phone market. I mean cmpared to their competitor's operating systems and android applications, Nokia got left behind in the race. People are saying that the problem isnt just that, I agree but you should also admit that sticking to Symbian OS contributed a lot to where Nokia is right now.

In 2011, the then-Google CEO Eric Schmidt had tried convincing the mobile giant to use Android as their primary smartphone platform instead of the Windows Phone. That was like three years ago, and now the android phones have gone a long long way. Nokia already had a strong userbase and it just kills me to imagine the what might have changed if they only listened.

Being one of this year's biggest acquisitions, both companies had changes made from the original deal. A few which is that Microsoft will still manage the nokia website and social media sites for up to a year for the benefit of the customers (Nokia would be rebranded anyway so the online marketing will have to stop sooner or later). However they will not acquire Nokia’s Korean manufacturing facility.

As mentioned, Nokia will also be rebranded. It was after a letter to Nokia's suppliers were leaked online saying "...that upon the close of the transaction between Microsoft and Nokia, the name of Nokia Corporation/Nokia Oyj will change to Microsoft Mobile Oy." 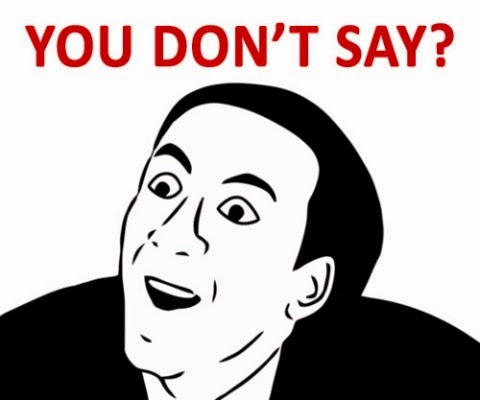 Jesus Microsoft, be creative for once will you? At least think up a better brand name that could live up to Nokia. That was one brand we all grew up with, it was my mother's first mobile phone, and mine as well. That was the brand we speak because it already have nice picture messages! I remember our class going batshit crazy when a classmate had that new Nokia with colored screen! Everybody borrows a Nokia when we were in fourth grade because we need to beat that high score in Snake and Space Impact. I read the whole Twilight Saga in a Nokia flip phone. We've seen those two hands reaching for each other for a decade.

It reigned in an era Microsoft, I hope you'll give Nokia the justice it deserves. (I know, I'm bitter)
No comments:

Email ThisBlogThis!Share to TwitterShare to FacebookShare to Pinterest
Labels: Random

Armed with an internet connection, a camera and a "shabu pa" philosophy, an average Filipino will go a long long way. You see, apart from the usual memes, political opinions and trending topics brought by the Filipino online community, random photos showcasing a Pinoy's optimistic and stupidly hilarious side are another source of laughter that never fails:

A Game of Hairdos

"All men must die" says Game of Throne's new series of ad campaign, marketing the show's current 4rth season. Sounds quite cynical, but in the past three years, the fantasy series have given its viewers a large dose of negative feels. From honorable Ned Stark's execution up to the Red Wedding, the show is still massively popular despite all these heartbreaks. After all, it is a fan's dream to see the world of Westeros come to life, and everybody's still hoping for that happy ending.

Apart from its actors and tantalizing plot lines, another factor to the show's popularity I believe was its attention to detail. It's not something audiences immediately notice like "Oh look at that dress, the embroidered lion is simply delicate" but more of seeing each and every element create one believable, general universe. Seeing everything in one broad picture. Those production guys are good.

Still we also get to appreciate the said details later on. As for me, I am quite sharp when it comes to the top three female characters' crowning glory:

Email ThisBlogThis!Share to TwitterShare to FacebookShare to Pinterest
Labels: Television

I have small hands. Like super small compared to my body size. It's surreal, I always feel like I'm an alien or something. My feet are the same too, they are size 6! I could also get into size 5 if the shoe is wide enough. I remember some friends back in high school teasing me for having "lily feet". But let's go back to my hands, due to their stunted, malnourished feature, I decided a long time ago to put them to good use. Thus here are some abilities I discovered. I have no idea how they're going to benefit in the future (aside from becoming a weird superhero or whatever): 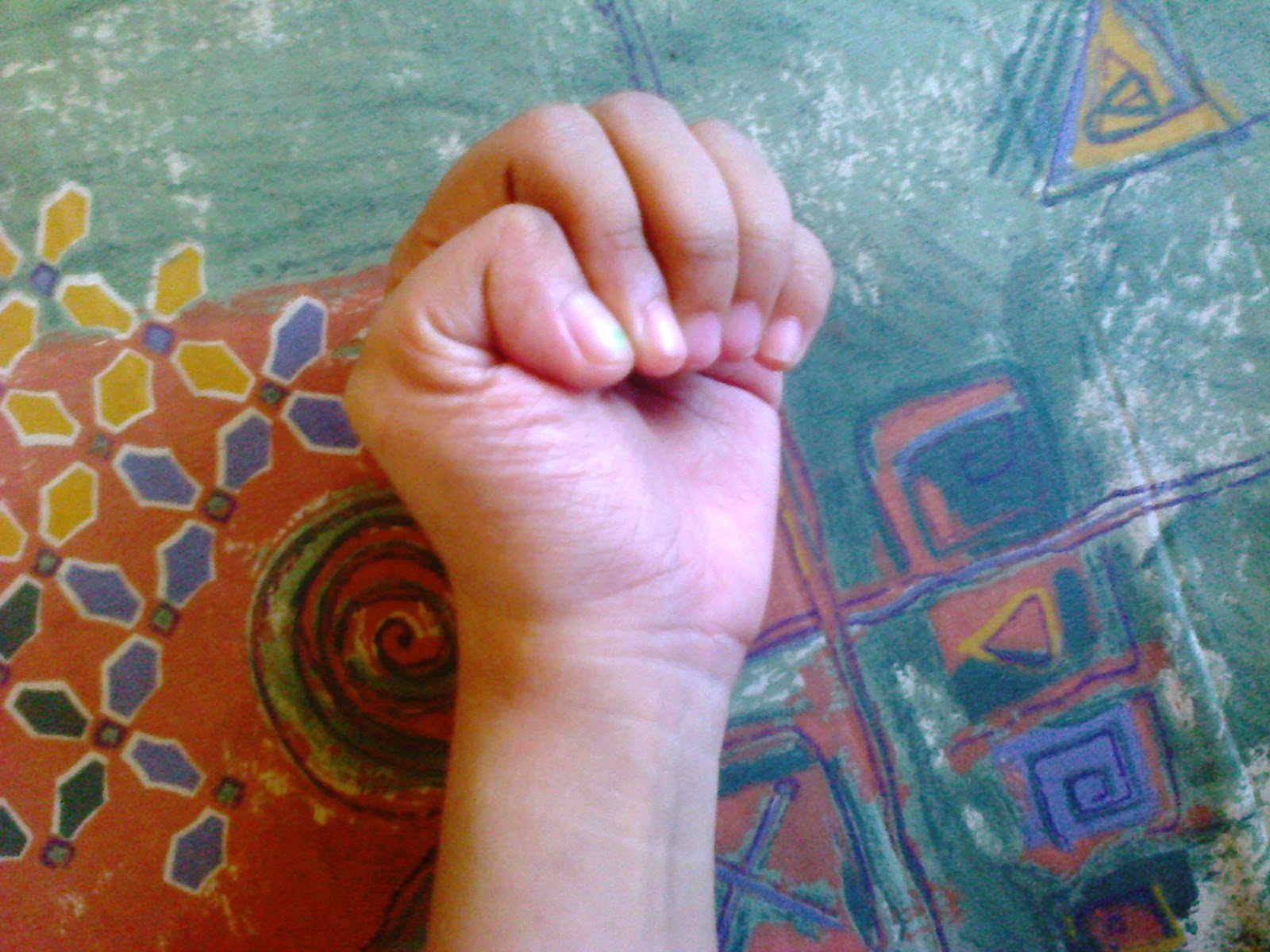 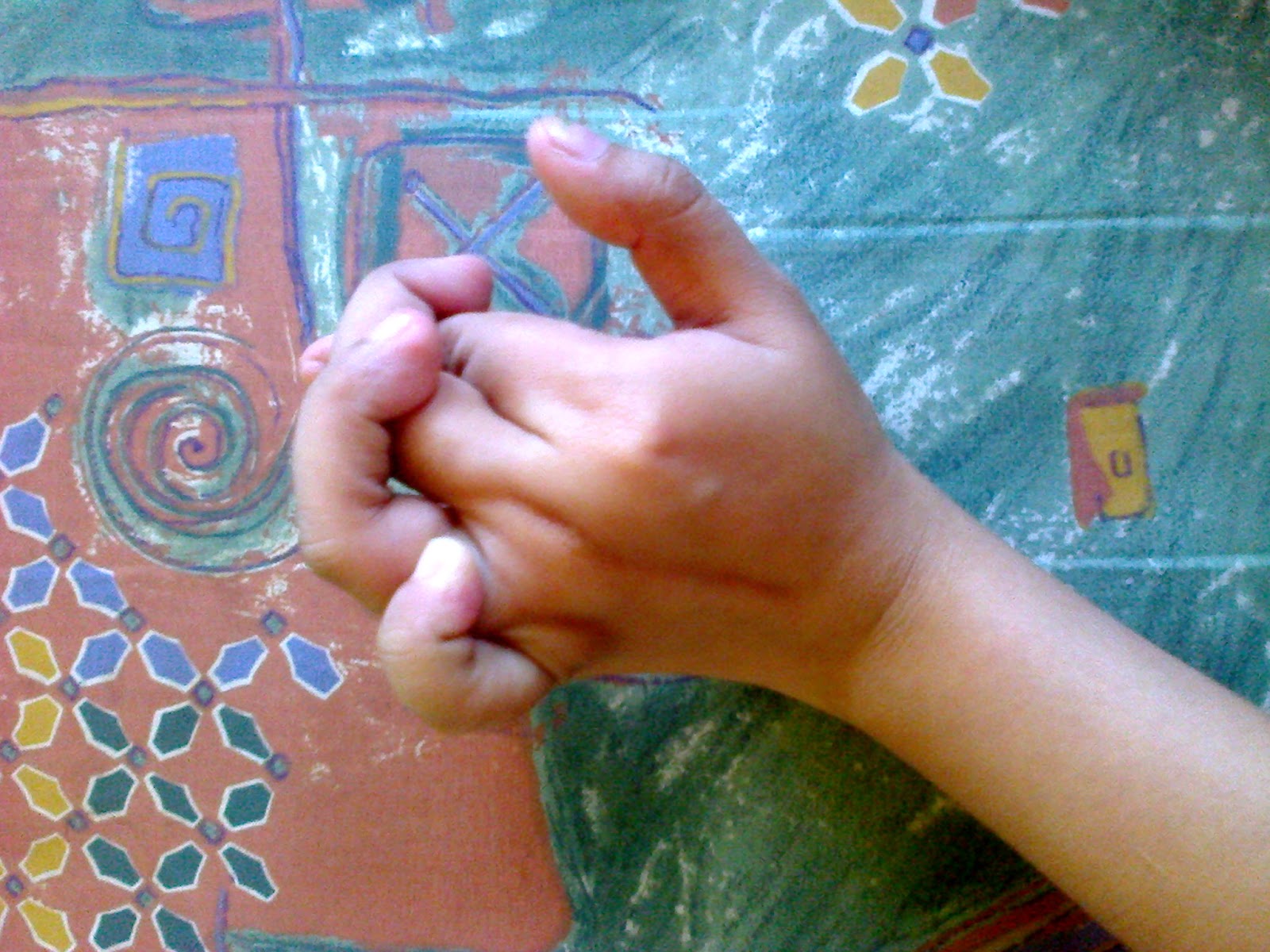 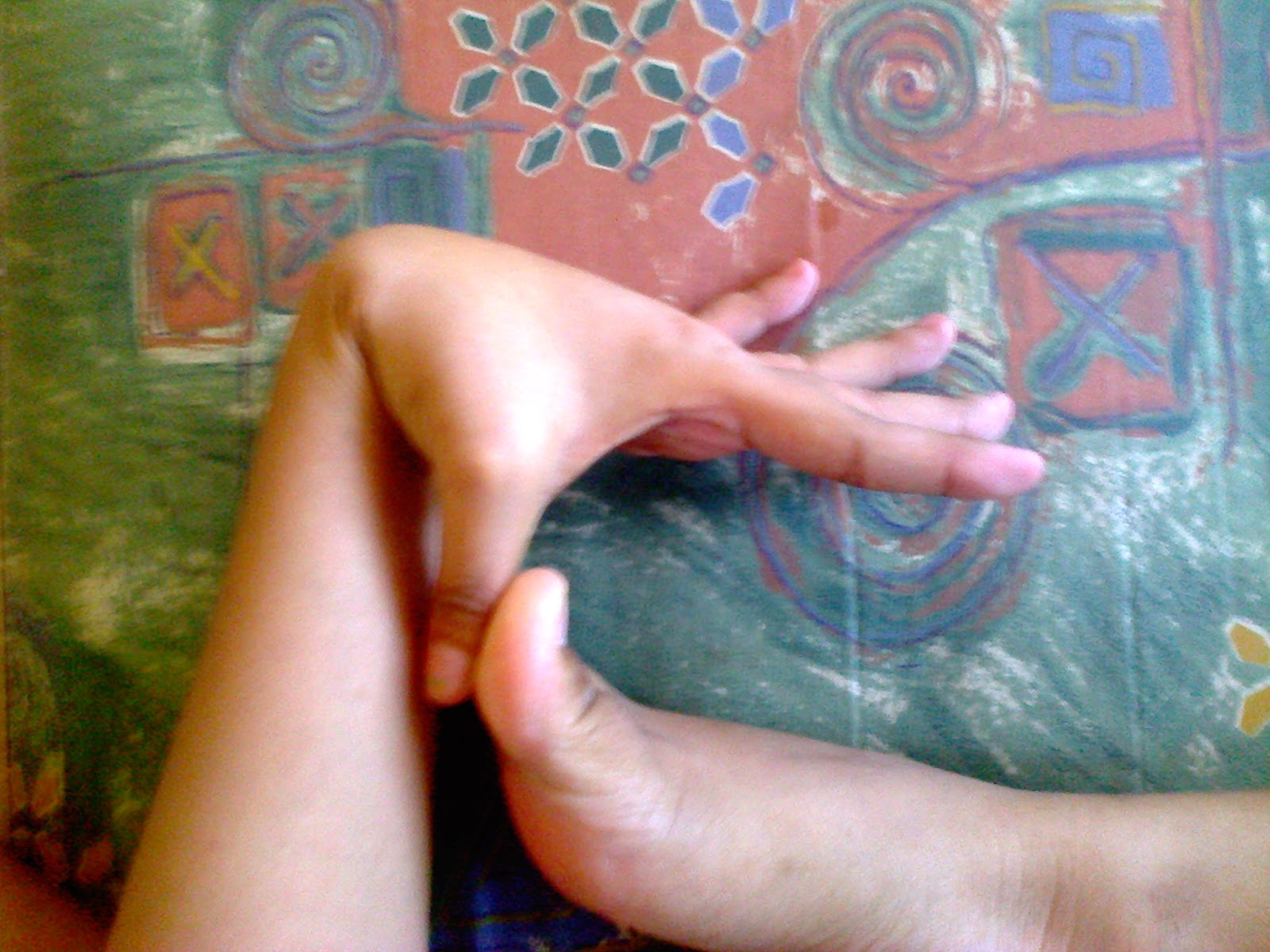 Am I freaky now or what?

Email ThisBlogThis!Share to TwitterShare to FacebookShare to Pinterest
Labels: Random 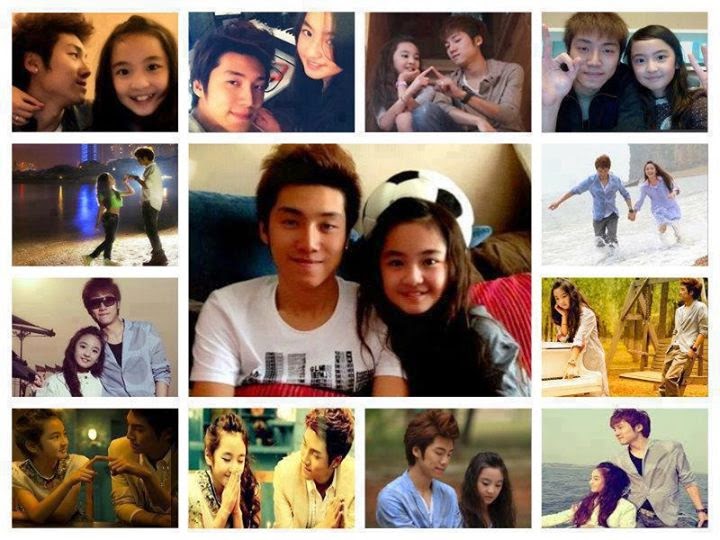 Earlier this day, a collage is making its rounds on Facebook garnering countless comments and hate. Apparently it shows the couple Zhang Muyi and Akama Miki with the caption "A 24 year old Guy FELL IN LOVE with a 12 year old Girl". With those words, it's not surprising to see hordes of comments screaming child abuse and pedophile. Personally, I'm not against their relationship, plus this is a piece old news from 2012 and based from their weibo accounts, it's obvious they're still together anyway. Plus Ohno Satoshi's 33 years old already but I still hope to marry him or whatever (lol just kidding...XD a girl can dream)