The Romantic Escapades of Matsumoto Jun

First let us read the following blind item urageinou2 wrote: "National idol group member M-J of A, is finally exposing his being a gay. This rumor has been circulated among the media lately." 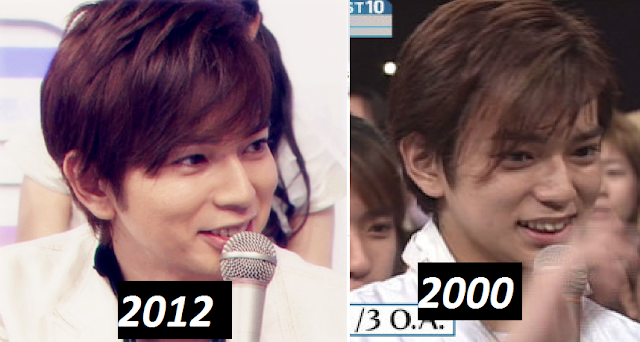 Oh perfect, another gay rumor to add to the list. So far nothing has been revealed so Matsumoto is still and will always be officially a Male Man. Being one though needs the company of women, and Jun has been linked to a few gorgeous personalities through the years. So let us go down the memory lane and meet the females. 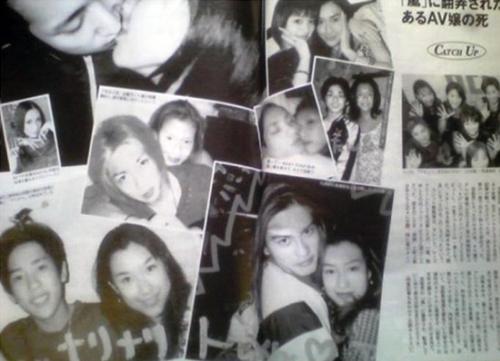 When AV actress Aya commited suicide in October 2010, reports began piling out from the tabloids about Aya's confession with sleeping with Arashi (excluded Sho) and other JE boys, including photos she took with them years ago.

Matsumoto Jun was the first one who Aya had a relationship with, since they've known each other since middle school. Later on though, the AV actress went to to have alleged relationships with the other Arashi memebers, excluding Sakurai Sho. [#] 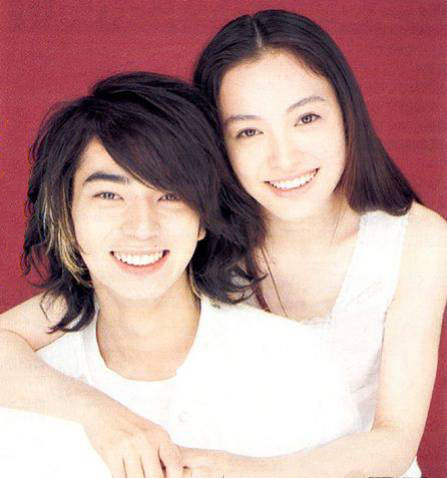 A reporter saw Jun driving Yukie to her home, and for the following 4 years, they were always seen together, yet they were said to have broke up during 2005. That is what we call a relationship.


"The Nakama Yukie thing is consistent with one of his interviews on Oshareism -- he said that he was in an unrequited love for two whole years. And they apparently had a fight, and it was also rumored that it even affected Jun's friends -- Shun Oguri felt awkward around Yukie for some time. Jun and Yukie's fight also caused Jun to decline accepting the recurring role for Gokusen II and as well as Gokusen the movie. And he was also weirdly tense during 2008's 24HrTV and HnA when Yukie guested."[1]

It is all reasonable. With the first Gokusen having high ratings, it was expected that the movie would go along the manga's plot. Sadly we can never see this ending: 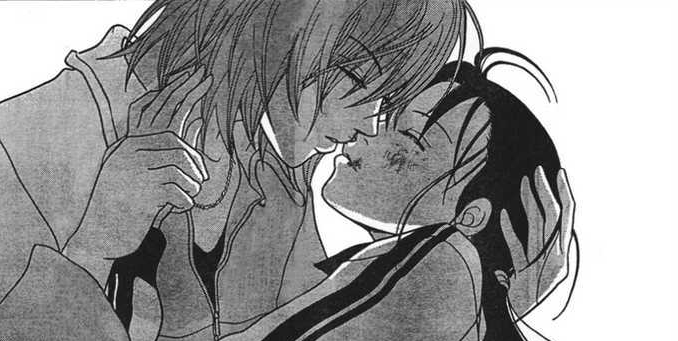 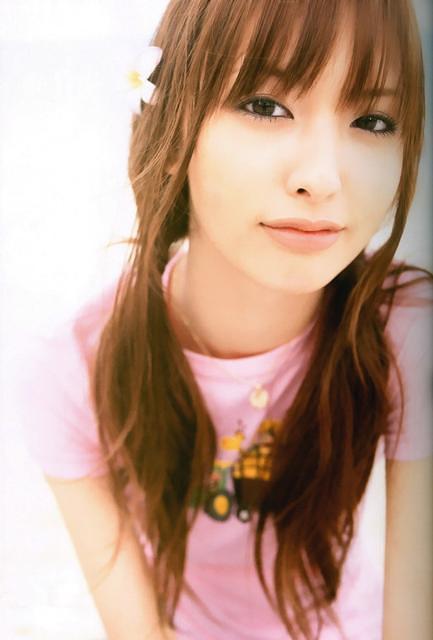 Another of Jun's rumored girlfriends! Eikura Nana introduced her to Jun.With their supposed affair, a witness claimed that Emi was seen with Matsumoto, drinking in a Shibuya cafe at 1am, and seated quite intimately to each other [2] 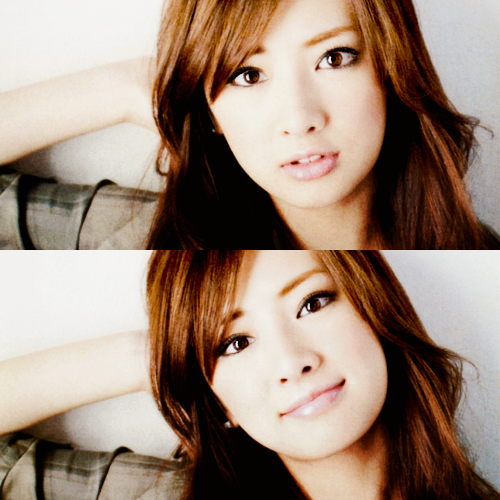 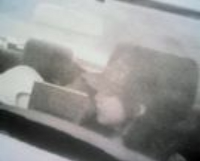 Actually it all started in early 2007 when a paparazzi took a photo of a kissing couple that resembles Keiko and Matsumoto. But both parties had denied the accusations and Keiko said that it was actually an ex boyfriend and not Jun. But still in 2008, Gossips are exchanged, saying that Jun is even engaged to her!

It was all hilarious. Of course nothing happened, not even Johnny's noticed this rumor, it's more realistic to say that these two are not even close friends in the first place. 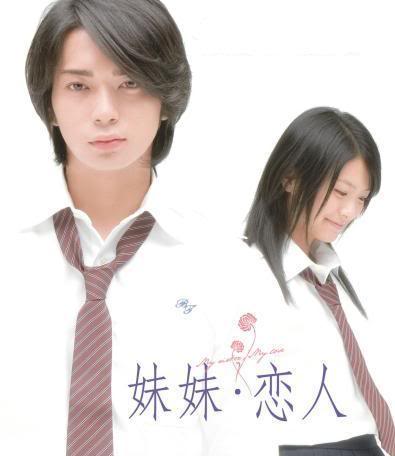 
"It seems Eikura Nana is dating Matsumoto Jun of Arashi. The Arashi fans waiting outside the station were making a fuss about it. They say they were flirting with each other while shopping in Daikanyama and they were walking in the love hotel district in Shibuya. One of our staff members has seen them leaving a sushi restaurant in Tsukiji." [3]

But since there is no confimation and the stories just got themselves their own suicides.
Oh yeah, there was also this rumor that same year where Nana allegedly confronted Yukie Nakama about Jun. I have no idea if this is either a girlfriend or just-friend's move, but it is clear that Yukie still has an effect on Jun's life, (whether it's one sided love like what is mentioned earlier, or whatever) 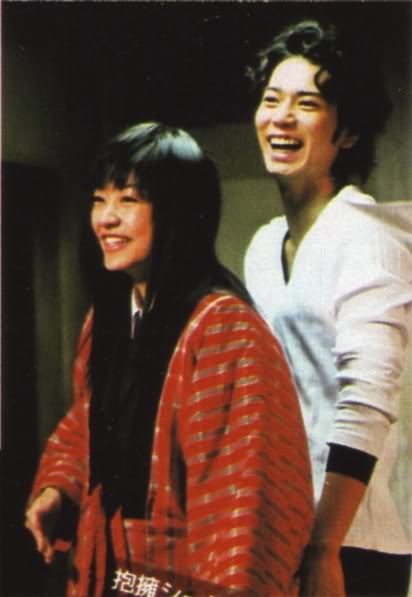 Hana Yori Dango first aired in 2005 and had became a phenomenon, this is also the reason why Arashi became mainstream after the past years of having poor sales. And with all this, Jun Matsumoto and then 18-year-old Mao Inoue started a close acquaintanceship that will be witnessed by everyone in next few years. Johnny's Entertainment must have been lax with this new development, after all, Arashi is on top of the charts with every Hana Dan theme song, and their tandem is soaring high with the ratings. 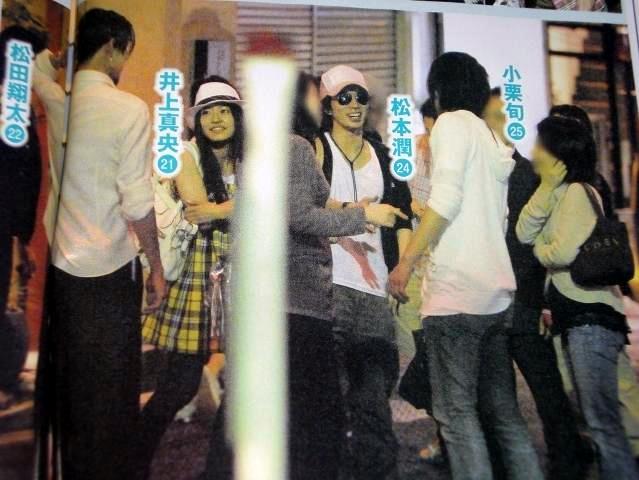 By the time Season 2 and The Movie came, the two are closer to each other than before. They are seen hanging out, laughing, and just having fun. They were thought to have gone on a date watching a  Cirque de Soile show during their taping for the movie in America. 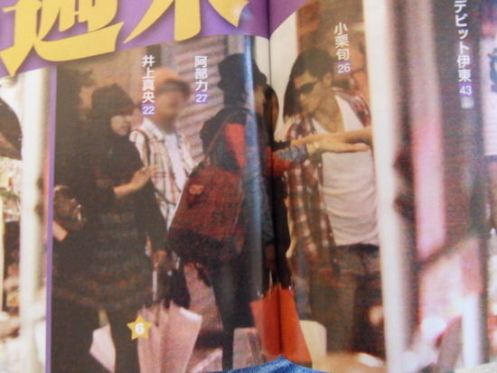 In August of 2009, Mao was spotted attending the third night of Arashi's concert at the Kokuritsu National Stadium, she then attended Jun’s after-concert birthday celebration.

Any Hana Yori Dango project have ceased by this time. So this is a strong evidence that their friendship is still on going and not just a publicity stunt some critics love to assume.

However something weird took place when Mao Inoue did guest appearances in two of Arashi's shows (Himitsu no Arashi-chan and Arashi no Shudaki-kun) the following month.

Jun talks about how he has known Mao for years and all, but the weird thing is they don't acknowledge each other as much as everyone expected them to do. Oh so like after years of close friendship, pranks and happy memories, you wont even smile to each other?

Here's my theory, Nino and Mao are suddenly the best buds in town, Mao is quiet about her private life and Jun just fell into the shadows. Hana Dan has ended, no need for 'publicity', but a friendship being made on set is different, aye? especially if you are with the same girl for three major projects. So this is one obviuos Johnny's cover up. I mean why make an effort showing the two are almost strangers or just looking like 'casual' friends when there is nothing to hide in the first place? Well maybe because there is something worth hiding. *winks*

UPDATE 4/29/14 YES! You read that right: We have an update! <3
On April 24, FRIDAY reported that after doing the promotions for her new movie "Shiroyuki-hime Satsujin Jiken" Inoue Mao (27) was seen leaving her house at 10:30pm wearing a hat, glasses, and mask. She went to a high-class yakiniku restaurant that offers individual rooms. The shop closed at 2:00 am but it's only two hours later that Inoue was photographed as she went home. 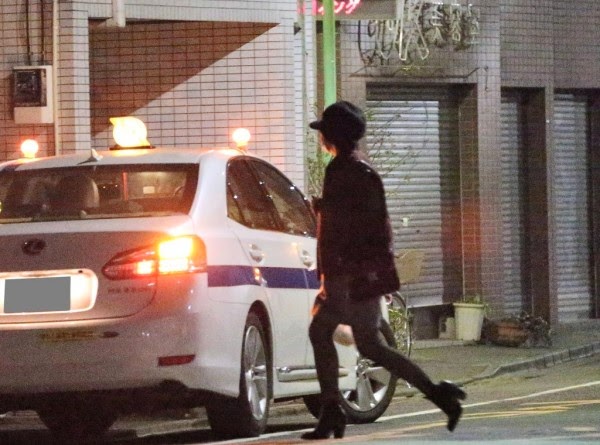 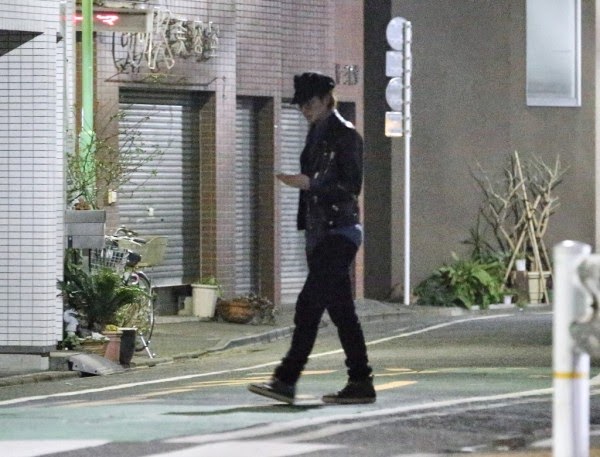 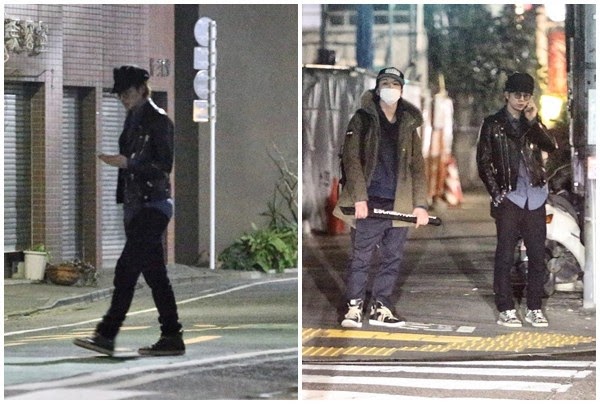 "Matsumoto is still very close to his costars from 'Hana Yori Dango', especially Oguri Shun. He attended Oguri's wedding. Whenever their schedules match, the two, plus Ikuta, would often go drinking together. Sometimes Inoue would also join them." said an anonymous source.

Not that FRIDAY has a good reputation when it comes to journalism, but everybody is going nuts with the report. 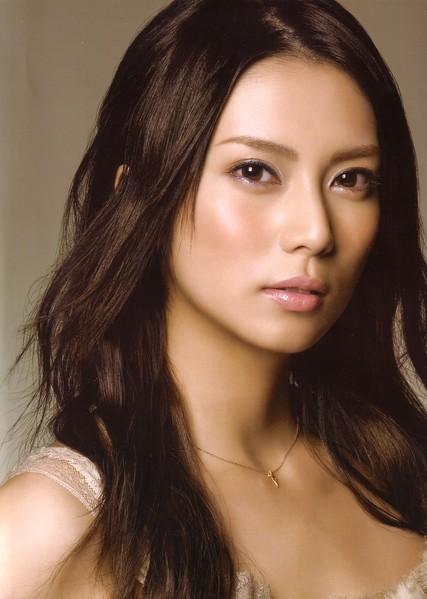 The latest "girlfriend"! The two are said to be dating since May 2010, Josei Seven had reported that during weekend of mid April Jun Matsumoto and Wagaya No Rekishi co-star Shibasaki Kou was said to have met secretly at VIP room that costs about 70000 yen in a Tokyo dinning bar, which is a popular place among celebrities. 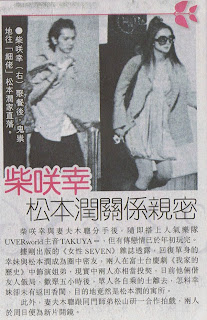 They left at 4:30 the next morning and had gone to Matsumoto's home in different taxis. Shibasaki herself took a few taxi transfers. Trying to conceal their meeting I guess.
The photo taken was they came out restaurant separately. They’d have no conclusive photo.


“Shibasaki was the one who pursued him in the first place, asking for his mobile address. She is notorious for dating guys and dumping them later; however it’s unfortunate that Matsumoto fell for her.Shibasaki has also been often caught on camera hanging out with ex-boyfriend TAKUYA from Uverworld, because she was turned off by Matsumoto’s inability to take charge. She meets up with TAKUYA behind his back.”[4]

Just Last March, Photographs of 18-19 years-old Shibasaki and an ex-boyfriend, both in bed were published just prior her current drama with Ota Yuuzi, 'Diplomat Kuroda Kousaku' (Fuji TV, 2011). 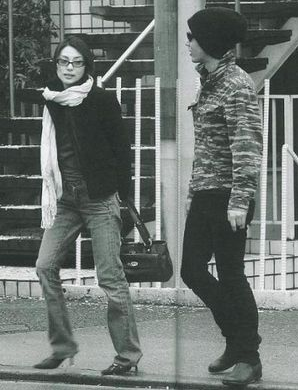 According to an inside source, "Matsumoto, who is currently dating Shibasaki, is troubled by these photos. The purpose of this publication is to break their relationship."[5]

Bonus: In April 2011, Keiichiro Koyama, spotted his senior and fellow Johnny’s, Jun Matsumoto with a mysterious woman. Both guys were surprised but ended up greeting each other.
While talking, the woman turned out to be Matsumoto’s mother and later his father arrived too. Apparently Matsumoto wanted to introduce his parents to the chiropractor.


Koyama stated “You sometimes meet your seniors in private, but you hardly ever meet their parents.”